We’ve received reports of British tourists suffering from illness at the Marconfort Beach Club Hotel in the popular Torremolinos region of Spain. Although the source of infection has yet to be confirmed, from the reports that have been surfacing it appears that food poisoning or contaminated water is to blame.

The Marconfort Beach Club Hotel which is offered by a number of tour operators, including Jet2 Holidays and Monarch is a 4 star resort in Malaga, Spain that offers a range of facilities as part of an all-inclusive package holiday resort that includes swimming pools, saunas, a wellness centre and a range of buffets. While the resort is touted as a peaceful beachfront resort that is proud to see visitors returning every year, the recent illness reports might mean that people won’t be returning.

Reports of illness have begun appearing on review sites such as TripAdvisor where one user by the name of ‘Beverley E’ from Cleckheaton reported that while the resort itself was pleasant and the staff were friendly, both herself and her daughter ended up with a bout of sickness and diarrhoea after only eating and drinking at the hotel. Another TripAdvisor user; ‘dawn l’ from Leeds said that while the hotel appears clean, her 9 year old son came down with a sickness bug that ruined their short break abroad

Food Poisoning at the Marconfort 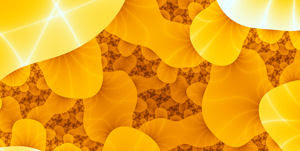 It looks likely that the cause of illness at the Marconfort Beach Club Hotel was food poisoning, as many of the reviews for the resort have stated that it appears to be kept in a good condition. Unfortunately food hygiene mistakes can be made anywhere, and even the most spotless resort might serve contaminated food, particularly at buffets where food can be left to reach a dangerous temperature that allows bacteria to breed.

Food preparation is also a concern; as some foreign resorts won’t always educate food handlers on proper food hygiene standards such as HACCP like we do in the UK, meaning that raw and cooked food isn’t always kept separate during preparation, resulting in cross-contamination

Our Senior Holiday Claims Solicitor James Blower has the following to say on the matter:

Due to the standard of hygiene that is being reported by guests who have become ill at the Marconfort Beach Club Hotel, it seems likely that food poisoning is the cause of illness, however it’s important to not rule out the possibility of contamination caused by an, as yet, unperceived hygiene error.

If food poisoning is the cause, we expect further reports to surface soon, and we would recommend that any current and future affected guests pursue a group claim against their tour operator.

Making a Claim as a Group or Individual 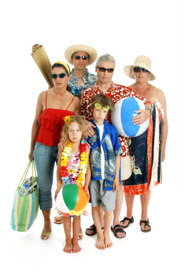 We handle claims for both individuals and groups, but in the event of a food poisoning outbreak there are benefits to making a group claim. By claiming as a group you may strengthen your case and make it difficult for a tour operator to suggest that you simply experienced a one-off air borne infection. We find that group claims generally result in a quicker resolution and potentially larger amounts of compensation.

If you want to make a group claim then we recommend speaking to people who are ill at your resort and exchanging contact details. Ensure that everyone affected reports their holiday illness to the resort management and a complaint to their tour operator, making sure that everyone receives a written report of their complaint.

Upon returning to the UK we highly recommend obtaining legal advice on your claim, regardless of whether you make an individual or group claim. At Simpson Millar our specialist travel law team are happy to provide you with a free no-obligation consultation on your claim, advising you of how much compensation to expect and the best course of action to win it. We offer ‘no win no fee‘ terms, meaning that we won’t charge you a penny for our services unless we’re successful.

If you would like to make a claim following food poisoning at the Marconfort Beach Club Hotel contact James Blower, Senior Holiday Claims Solicitor on 0808 145 1353 or visit our Holiday Claims page at Simpson Millar.