Thomas Cook advertises the Hotel Media Belisaire and Thalasso as a 4 star all inclusive Tunisian resort with a ‘thalassotherapy centre’. However, relaxation and sightseeing were not on the agenda for our clients following a severe bout of salmonella food poisoning.

We have now been instructed to seek damages from Thomas Cook after a positive diagnosis of Salmonellosis. The holiday in Yasmine Hammamet was subsequently curtailed as a consequence of profuse diarrhoea, stomach cramps, headaches, dehydration and fever. 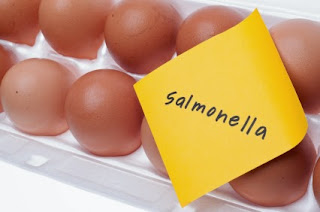 These classic symptoms often dismissed as travellers’ diarrhoea, and medically known as Gastroenteritis, are often attributed to the consumption of contaminated food or water. Salmonella is a disease causing bacteria which generally needs to be present in large numbers, as a result either of food being heavily contaminated initially, or of it having been stored in conditions which promote the growth of large bacterial populations.

“Typically, the incubation period for salmonella food poisoning is approximately 12-36 hours but travellers normally recover within 14 days. Antibiotics are not unusually recommended because the illness itself tends to be self-limiting. Rehydration may be required while the diarrhoea is acute and if it is particularly severe, and in debilitated patients, the very young and the elderly.”

“Whilst generally short lived Salmonella can have a devastating effect on the enjoyment of a family holiday. Guests staying at the Hotel Media Belisaire and Thalasso who experience sickness are entitled to claim compensation if their illness was due to the negligence of the hotel and its catering staff.”

“Salmonellosis, the name for disease affecting humans, often leads to complications such as IBS, anxiety and numerous food intolerances. These conditions can have a prognosis of months if not years and entitle its victims to substantial damages.”

“I suspect serious failing in the Hotel Media Belisaires and Thalasso’s HACCP programme, particularly in relation to food preparation and storage. Chicken Kebabs should not be served practically raw or undercooked.” 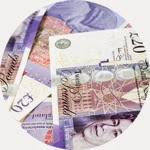 “I am aware that complaints have been made directly to Thomas Cook about the hotel. I suspect that a number of food poisoning claims have been settled for a fraction of their true value, including claims concerning children.”

Simpson Millar’s travel lawyers can help claim compensation for families who have suffered illness in Tunisia at the Hotel Media Belisaire and Thalasso.

If you stayed at this hotel in the last three years and witnessed poor food hygiene practices in the restaurant then we would like to hear your story.

If you need legal advice in relation to a Sickness whilst Abroad then get in touch with your specialist Holiday Claims team on: 0808 145 1353 or visit our On-Holiday-Illness-Claims website for further information.