We have just been instructed to represent two people from West Yorkshire who suffered sickness and diarrhoea while on holiday in Marrakesh, the popular city break destination popular with tourists the world over.

The couple from Huddersfield were staying at the Medina Gardens hotel when about 3 days in to their 7 day holiday, they developed symptoms of sickness and diarrhoea. When they returned to the UK one of them tested positive for Campylobacter – a particularly harmful food poisoning bug that can have long term consequences including Irritable Bowel Syndrome. 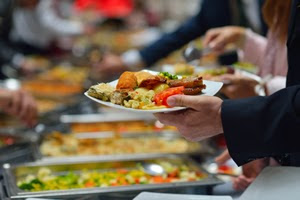 The Medina Gardens is marketed towards couples and is ideally situated for site seeing as Marrakesh being situated right next to the souks, restaurants and food stalls. Unusually for a city hotel, guests can book to stay on an all-inclusive board basis.

Prior to their symptoms starting our clients had eaten exclusively in the hotel which would indicate that it was the most likely cause of the infection.

The couple are bringing a claim for food poisoning against their tour operator, Thomson, under the Package Travel Regulations which enables people to sue for food poisoning in the UK – even though, as in this case, the illness was almost certainly contracted in Morocco.

Simpson Millar has a specialist Holiday Claims department that are well versed in helping people sue for food poisoning in Morocco as well as other North African destinations including Tunisia and Egypt. We are currently helping a group of people claim compensation for food poisoning type illnesses at the Riu Tikida Beach in Agadir, Morocco. 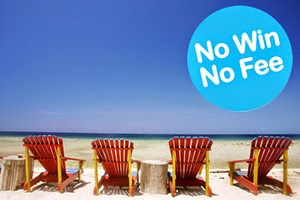 Campylobacter food poisoning is one of the most common types in the UK. It tends to have an incubation period of two to five days which means that symptoms will not show for 48 hours or so after you have consumed the bacteria.

We are able to help other people claim for Campylobacter food poisoning contracted while on holiday if they have stayed at an all-inclusive hotel on a package holiday.

Those wishing to claim compensation for food poisoning in Morocco or any other destination should contact one of our holiday illness compensation lawyers today.

Get in Touch
If you need legal advice in relation to a sickness whilst abroad then get in touch with your specialist Holiday Claims team on: 0808 145 1353 or visit our On-Holiday-Illness-Claims website for further information.