Recent reports suggest that guests at the Dreams La Romana Hotel in the Dominican Republic have been struck down by symptoms of illness that include diarrhoea, stomach cramps and vomiting. These symptoms are indicative of a bacterial infection of the kind commonly caused by the consumption of contaminated food or drink. 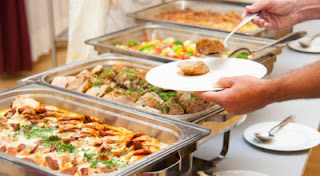 At this stage, the hotel appears to be suggesting that the outbreak is not linked to any kind of food contamination or hygiene problems. Responding to reports of illness that have appeared on the internet, the hotel has stated that illnesses in a foreign country can be the result of food being cooked in different oils, an over indulgence of rich food and alcohol and an over exposure to the sun.

One internet reviewer however has used the popular tripadvisor website to post a review called “Dreams turn to nightmares” in which he recalls how he was taken to hospital by ambulance to be treated with antibiotics. Whilst antibiotics are known to be effective in treating bacterial infections of the kind associated with food poisoning, they would not be used to treat an upset stomach caused by, for example, the use of different cooking oils or the over indulgence of rich foods. Other hotel reviews clearly point the finger at the food with one such review simply being entitled “Sick from the food”.

Other reviewers have considered other potential causes of illness with one review called “Very nice place, but lots of people ill” drawing attention to the fact that plastic glasses were being rinsed in what appeared to be cold water before being reused and the fact that cutlery contained food residue, raising questions as to how thorough the hotel’s cleaning procedures are?

Get in Touch with the Holiday Illness Experts

If you need legal advice in relation to a sickness whilst abroad then get in touch with your specialist Holiday Claims team on 0808 145 1353 or visit our On-Holiday-Illness-Claims website for further information.