It is with serious concern that we are reading reports completed by a reviewer on TripAdvisor about illness affecting hotel guests attempting to enjoy their summer holidays at the Lindos Imperial Resort & Spa in Rhodes, Greece. Holidaymakers are thought to be pursuing legal action because their summer holiday has been ruined.

The Lindos Imperial is under scrutiny as reports suggest that more people are falling ill at the hotel and are in need of medical attention. The reviewer speaks of being sat in the hotel food hall while his wife and son were room bound due to the illness, this particular guest speaks of problems with the water and the fact that over 400 people could be affected by the sickness bug.

The Lindos Imperial Hotel can be purchased as a package holiday and is featured by UK operators, First Choice and Jet2 Holidays. The hotel is advertised by First Choice as a place to escape the crowds with winding pools and its own pebble beach. Guests can make use of the buffet restaurant and an unlimited amount of drinks as part of the all-inclusive programme.

Simpson Millar LLP have Holiday Claim Solicitors monitoring hotels in the Lindos area after a large group of guests suffered similar sickness at the nearby Lindos Princess. 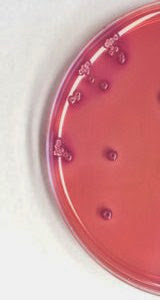 Types of bacteria that can cause bacterial illness include salmonella, dysentery, cryptosporidium and e. coli. Another reviewer, from Worcester, remarked about meat not being cooked through properly and appearing bloody. It goes without saying that poor hygiene standards such as failing to cook meat properly is likely to increase the possibility of exposure to food poisoning.

If you or your family are suffering from a sickness bug at the Lindos Imperial or if you have recently returned home with symptoms of sickness and diarrhoea we can advise you about your legal rights – and a potential claim for compensation. You’ve really nothing to lose.

Contact us to assess your holiday complaint as we offer no-obligation legal advice. We’re here to help you.

If you need legal advice in relation to a sickness whilst abroad then get in touch with your specialist Holiday Claims team on: 0808 145 1353 or visit our On-Holiday-Illness-Claims website for further information.